It's such a pleasure for us to work with Cotopaxi. They are an outdoor gear brand with a humanitarian mission: At least 10% of profits benefit Cotopaxi’s partner organizations, eliminating the worst forms of poverty across the globe.  Cotopaxi makes "Gear for Good" and donates a significant percentage of each product profit to worthy non-profits.

Sherpa Adventure Gear supports Radiating Hope climbers by providing our climbers with discounts on gear. They support our mission in advancing cancer care in developing countries. A Nepal based company, Sherpa donates part of the proceeds from every product sold to a fund for the underprivileged Sherpa children of Nepal.

Dharma Shop, a firm supporter of our mission and cause, provide us with our prayer flags.  Founded by Sander and Christy Cohen, Dharma Shop's goal is to build an online community that supports the Tibetan, Newar and Nepalese people. A portion of all their proceeds go to fulfilling this goal.

Kilimanjaro’s own guide service, ClimbKili, is the premier trekking company for climbing to the rooftop of Africa with over 3 decades of adventure experience. Year after year, they have a near perfect summit success rate and the highest safety standard. Hakuna Matata!

Climb, trek, fly, bike and ski: 360 Expeditions has it all. We partner with 360 Expeditions for all our Asian climbs, trekking in Nepal and beyond. Their leaders have an extensive range of abilities, including in-depth wilderness first aid and survival skills, heightened cultural awareness, and field communication proficiency. 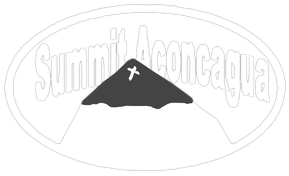 Locally owned and operated in Mendoza, Argentina next to the Andes range, the Summit Aconcagua guide service helped us get to the top of Aconcagua! They are dedicated to our mission of not only making it to the summit but also in advancing cancer care throughout the world. 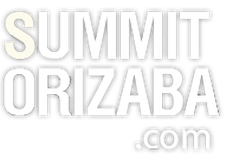 The SummitOrizaba.com guide service has helped us get to the top of Mt Orizaba multiple times. Who would have thought that such an enormous mountain would be in the heart of Mexico, but there she stands - Mt Orizaba at 17,373 feet above sea level, the highest peak in Mexico.

Headquartered in Utah, Campsaver gives RadiatingHope climbers significant discounts on their quality gear. They use the gear they sell, so they understand the simple joy in having clothing and gear do what it is supposed to do, and do it well. They provide a great selection that runs the full spectrum of outdoor products.

At Black Diamond, it's all about climbing and skiing. With locations on three continents, they have transformed into one of the most trusted outdoor equipment suppliers on the globe. They have also supported us at RadiatingHope with ongoing discounts on outdoor gear.

Photographer. Extreme mountain climber. Combine the two and you get one amazing man! Luke Allen Humphrey is our extraordinary photographer. He captures some of the most breathtaking landscapes. If you love the pictures on this site, there is a good chance that Luke took it. Brimming with talent.

TreatSafely is dedicated to the development and deployment of novel teaching and mentoring programs that standardize practice and improve quality and safety in radiation medicine. i.TreatSafely.org is a free website that provides access to high quality, practical training videos that guide users through complex clinical and QA tasks.